Citizens of the Cosmos by Anton Vidokle, curated by Miguel Amado and Alexandra Balona, until October 16 at Espaço Rampa, shows us Russian cosmism, its different philosophical, artistic and scientific theories, conceptions of immortality, resurrection and extraplanetary prospection, as well as its influence and relevance in contemporary times. To this end, four films with the same theme are shown, which also speculate on biopolitics, universalism, utopia, revolution and museology. 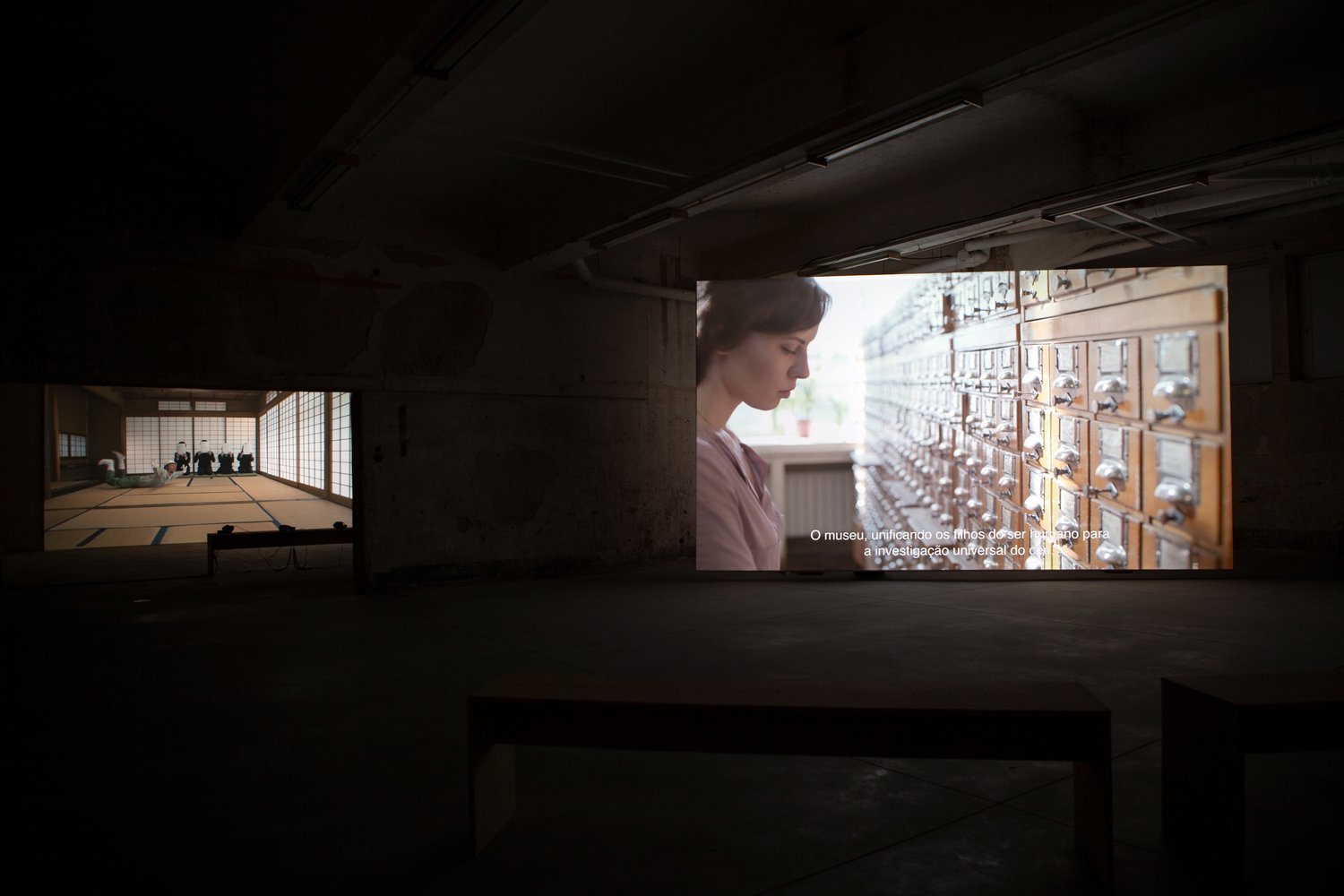 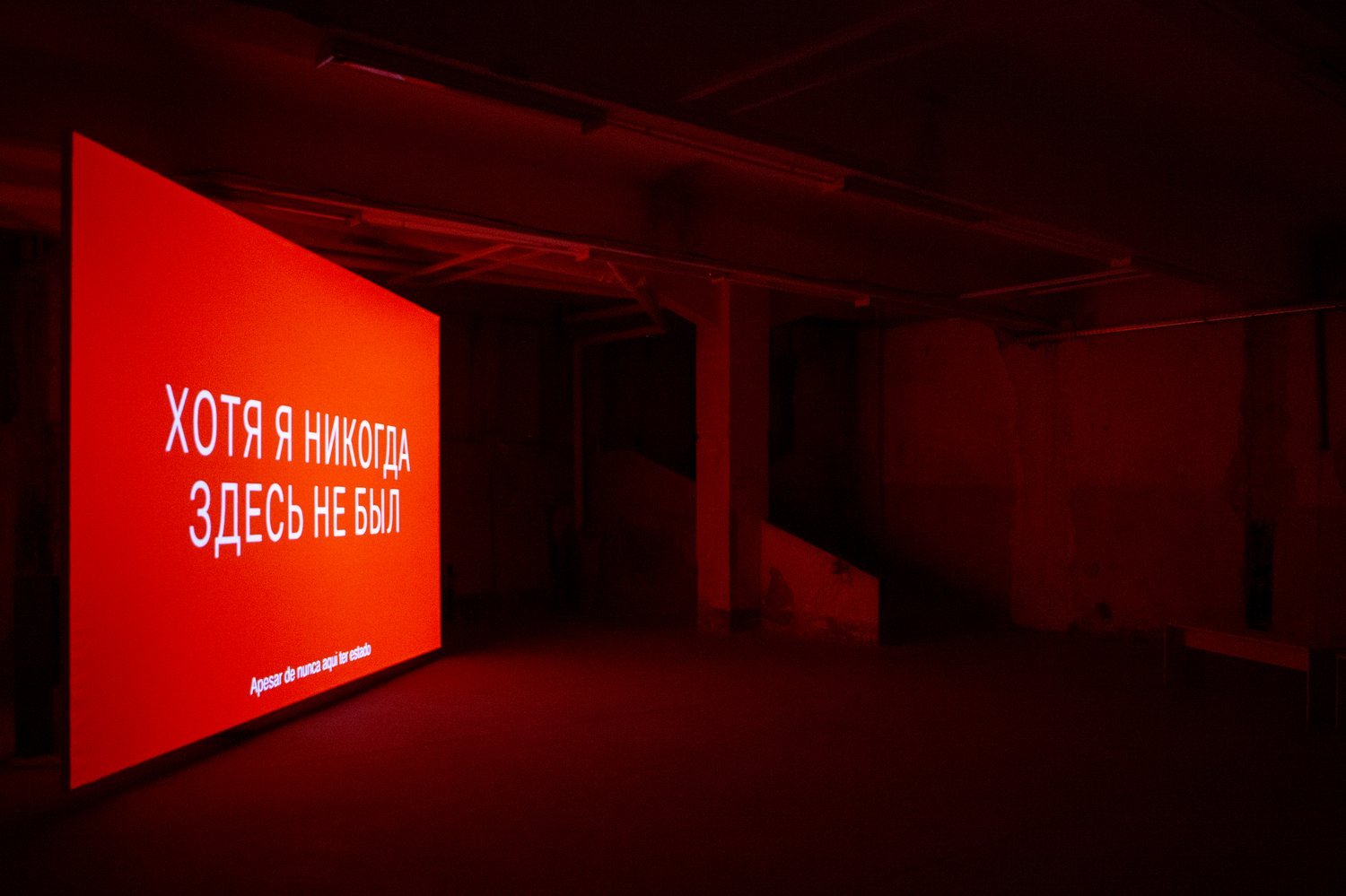 Anton Vidokle, This is Cosmos (still), 2014. Courtesy of the artist. 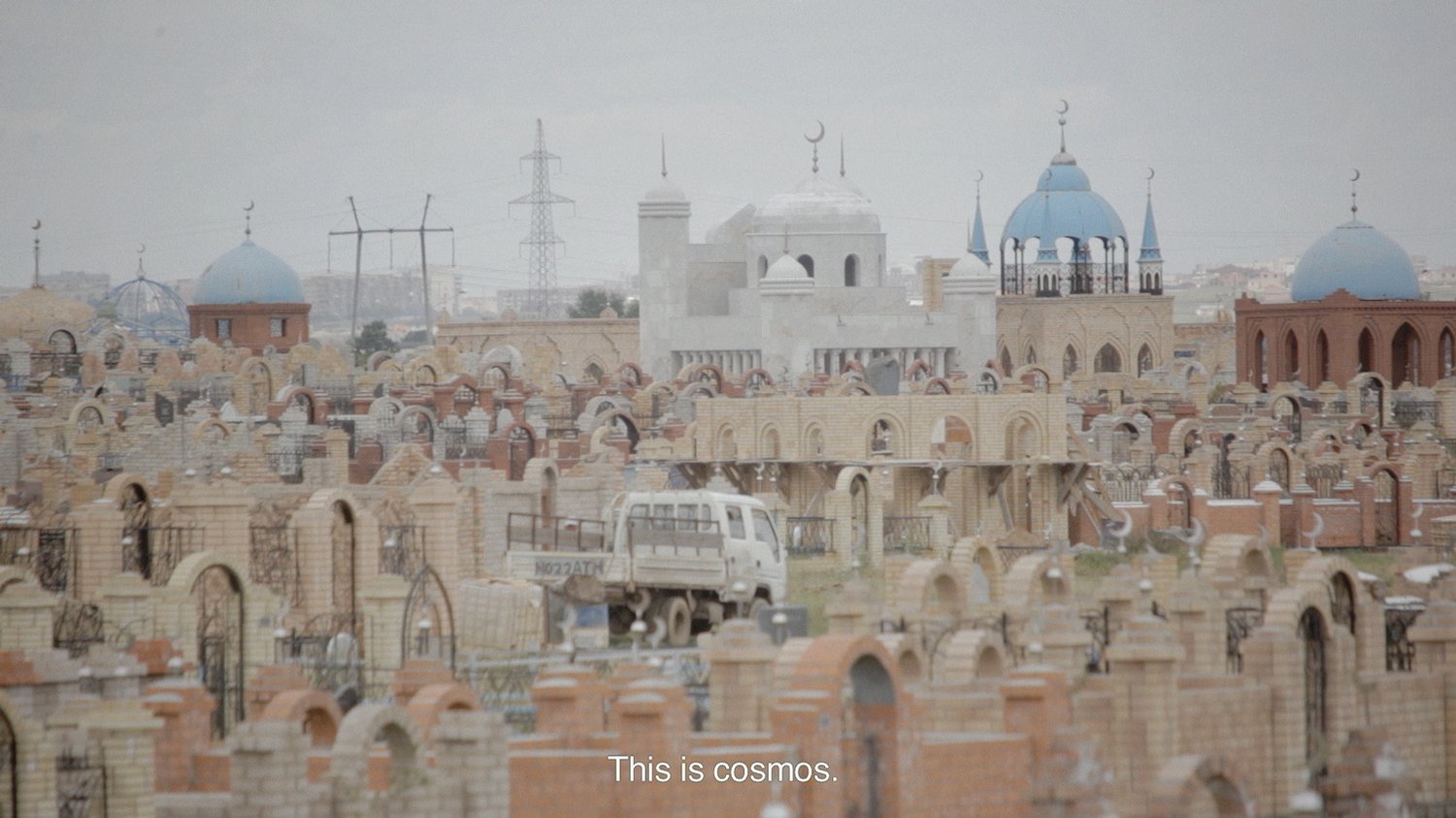 Anton Vidokle, The Communist Revolution Was Caused by The Sun (still), 2015. Courtesy of the artist 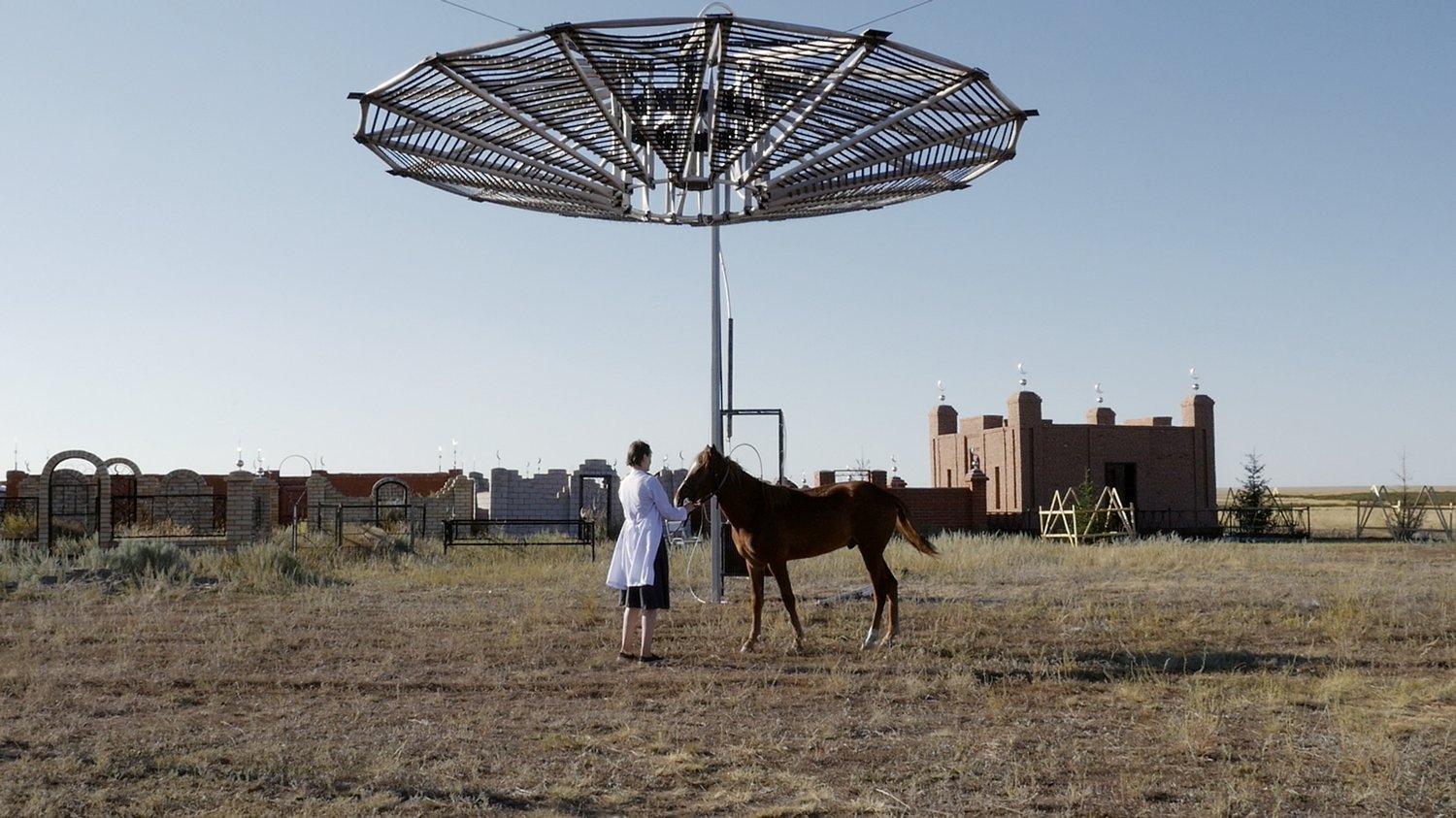 Anton Vidokle, Immortality and Resurrection for All! (still), 2017. Courtesy of the artist 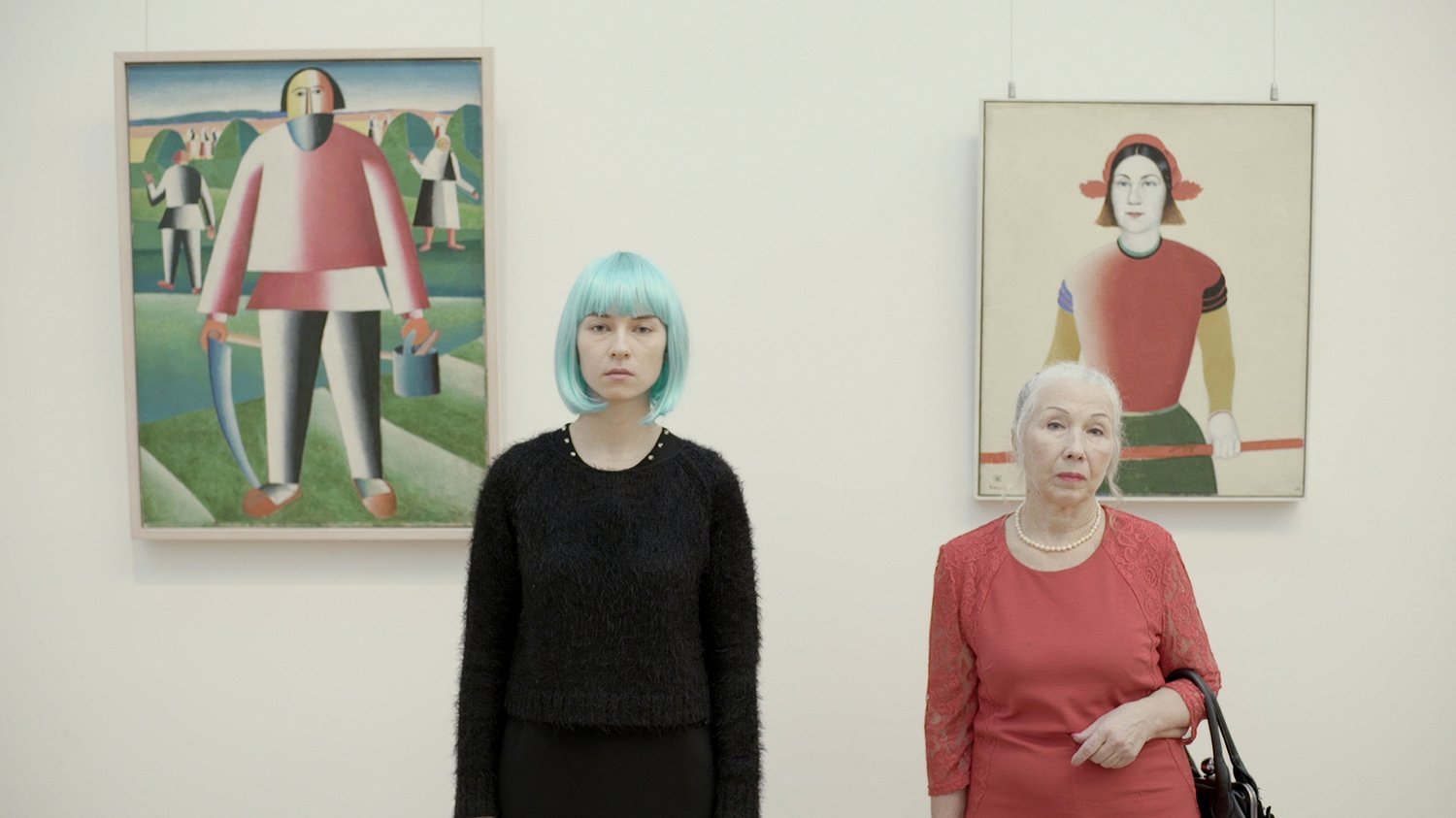 Anton Vidokle, Citizens of the Cosmos (still), 2019. Courtesy of the artist 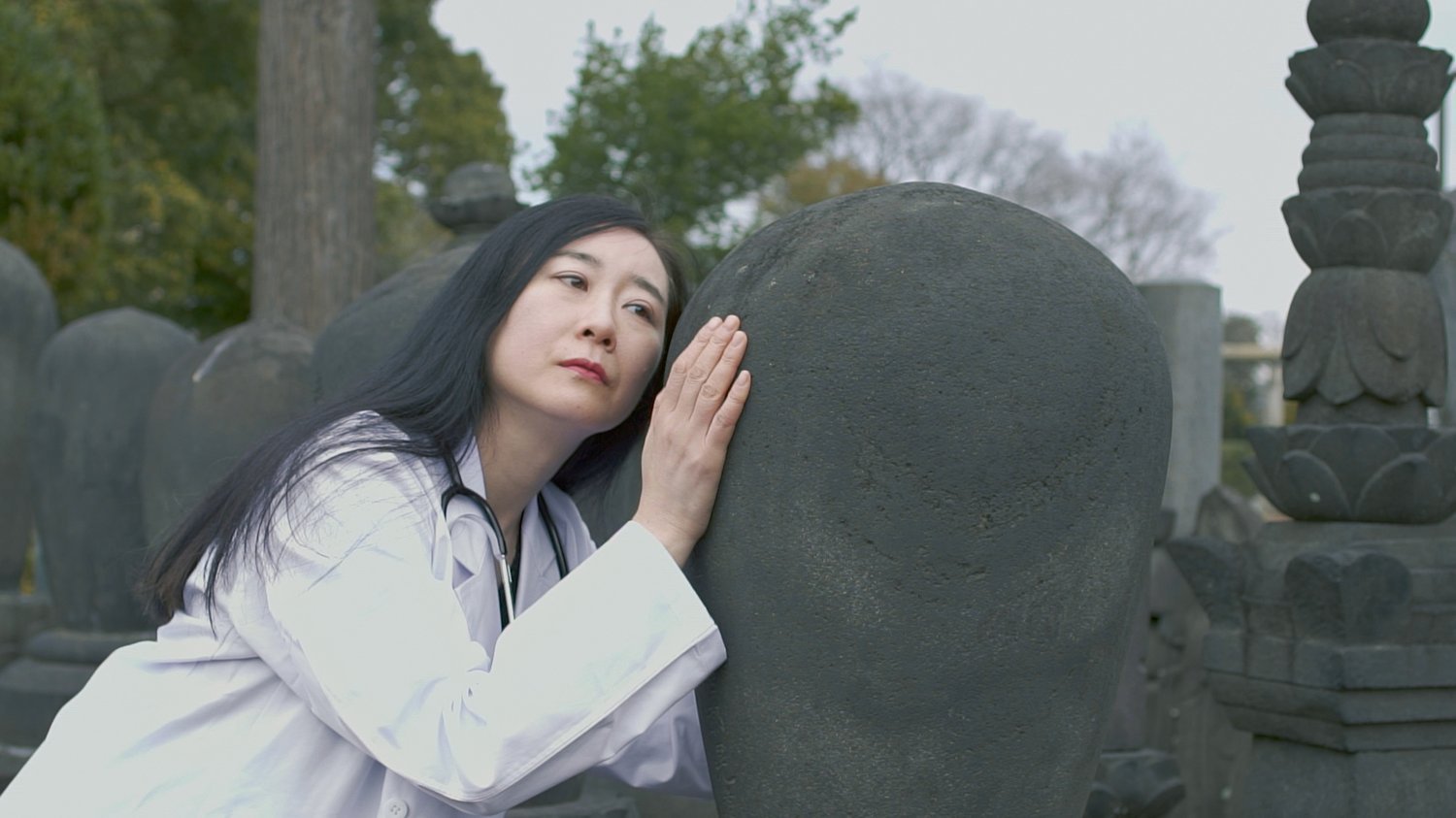 Russian Cosmism is a philosophical-cultural movement that emerged at the end of the 19th century. It was developed during the 1920s and 1930s by thinkers, artists and scientists, inspired by the thought of the Russian philosopher Nikolai Fedorov (1829-1903). Its three main components are immortalism, through the belief in immortality for all, rejuvenation via blood transfusion, or resurrection; active evolution, as the overcoming of limitations imposed by consciousness, nature, space and time, a natural consequence of the extensive development of humanity; and, finally, a moral and ethical system with elements from Russian Orthodox Christianity, occultism, Marxism and asceticism, centred on social responsibility through the close and permanent connection to humanity of the past, present and future. The exhibition text stresses, “After the October Revolution of 1917, this movement attracted those who desired a classless society, the development of space travel, and the advancement of immortal preservation techniques. Russian Cosmism included several notions, in particular the conquest of the universe, from a literal point of view and through learning about the entire cosmos. Life in space would not only be the colonization of other planets, but the acceptance of an interplanetary world. Artists like Kazimir Malevich or Wassily Kandinsky, and writers like Lev Tolstoy or Fyodor Dostoevsky, are examples of the movement’s strong influence. In the 1930s, it was abolished by Josef Stalin (1878-1953), leader of the Union of Soviet Socialist Republics. But during the 20th and early 21st centuries, Russian Cosmism is still the focus of attention, reflection and the development of new theories and artistic practices. Just look at Anton Vidokle, Boris Groys or the Collective Actions group. Marina Simakova, Russian researcher and art critic, in the text No Man’s Space: On Russian Cosmism demonstrates: “We have recently seen a growing interest in Russian cosmism as a subject of theoretical polemics and a conceptual frame for several major art projects. (…) it reveals a continuity of thematic interests paradoxically present in contemporary art despite the differences among generations and contexts, formal approaches and idioms”. Also according to the author, the interest of contemporary artists for cosmist ideas is related to notions that cosmism, as an artistic project, considers that eternal life is an art and that artistic practices are a way to spread its thought. A utopian theory distant from our present time, in a dystopian future associated with pandemics, global warming and economic and social inequalities. However, at the same time, it is an almost concrete reality, bearing in mind the recent space travel by Elon Musk or Jeff Bezos, new rejuvenation techniques, and increased average life expectancy.

Anton Vidokle, an artist, filmmaker and editor-founder of e-flux journal, in Citizens of the Cosmos presents four films, divided into two rooms. In the first, on a single screen, audible throughout the gallery, we see the Immortality For All: a film trilogy on Russian Cosmism (2014-2017). In the second, his latest project, on a singular screen with headphones, Citizens of the Cosmos (2019) is screened. The films share Russian Cosmism, describing its historical context, with reference to artists, thinkers and scientists. But also showing its relevance for contemporaneity, as a precursor of transhumanism, a movement that aims to transform and enhance human bodies through new technologies, such as prosthetics, artificial intelligence or genetic programming. And we can also add the films to one of the ramifications of contemporary cinema, between fiction and documentary. In the use of recordings with amateur actors and local extras; in the use of natural settings, from Moscow to Siberia in Russia, to Almaty and Karangady in Kazakhstan, or Tokyo in Japan; outdoor settings, like deserts and cemeteries, or indoor settings, like the Zoological Museum of Moscow, or the Lenin Library; soundtrack alternated with voiceover narration, classical and contemporary music composition, ambient sound, dialogue and quotes from texts by Fedorov and other thinkers; staging in which we have characters directly approaching the camera and wandering through the scenarios; stroboscopic effects, several screens in the same plane, 3D animations and attractions in counterpoint to the single-plane scenes, recalling the theatrical heritage of cinema; or also aesthetic influences, such as Russian constructivism, science fiction, or films by Sergei Parajanov (The Color of Pomegranates (1969)), or Andrei Tarkovski (Solaris (1972)). Vidokle expands cinema at the center of moving images, creating a realistic, poetic, experimental, narrative, fictional and documentary language.

The Immortality For All: a film trilogy on Russian Cosmism (2014-2017) begins with This is the cosmos (2014), where we are shown the cosmist ideology, in particular the various notions of cosmos, as invisible cosmic energy that surrounds all humanity, the earth and the universe, as well as its precursor Nikolai Fedorov, in particular his essay Philosophy of the Common Task (1906-13). The setting is the landscapes and religious sites of Kazakhstan and Russia. Then, in The Communist Revolution was Caused by the Sun (2015), an analysis is made between Russian Cosmism, Communism and the importance of the Sun for history, through dialogues and quotes from cosmists and footage in Kazakhstan, where biophysicist Alexander Chizhevsky, researcher of the effects of solar energy on life extension, was imprisoned in the 1940s. Finally, Immortality and Resurrection for All! (2017) is based on Fedorov’s essay The museum, its meaning and mission (1906), where he argues that a museum is a place of resurrection due to the practices of preservation and conservation of human culture, recorded in the Moscow State Tretyakov Gallery, the Zoological Museum, the Lenin Library, and the Museum of the Revolution.

Citizens of the cosmos (2019), Vidokle’s latest film, is a continuation of the previous ones, emphasizing the Biocosmist Manifesto (1921) by poet Aleksandr Svyatogor (1889-1937), whose pillars are immortality, technological resurrection and interplanetarism. Shot in Japan, the film has a different atmosphere from the previous ones, reflecting distinct cultures and the most classical narrative structure, where we follow a fictionalized community of cosmists who perform a resurrection ritual, through blood transfusion. In this film, the director no longer has such an essayistic approach towards Russian cosmism, but an approach to the realization of the cosmist artistic project in a narrative composed of moving images.

Citizens of the Cosmos at Espaço Rampa is part of IMAGINÁRIO FUTURO PASSADO which includes Ece Canli, Alice dos Reis and Mariana Vilanova. It has parallel programming, to be seen beyond the exhibition period, with online talks with Marina Simakova, Raqs Media Collective, Boris Groys and Michael Marder.

Until October 16, at RAMPA, Porto.